(1) A derogatory term for a burnout, metal head, druggy, loser. (2) The sound a zero makes going through life. Zooooooooof!

Logline:
It’s 1986 in a small town outside of Boston and 16-year-old Zoof, KENNY DOWNEY, plans to save his mom and date JENNY BRUCE. Unless his father's ghost gets him killed first. 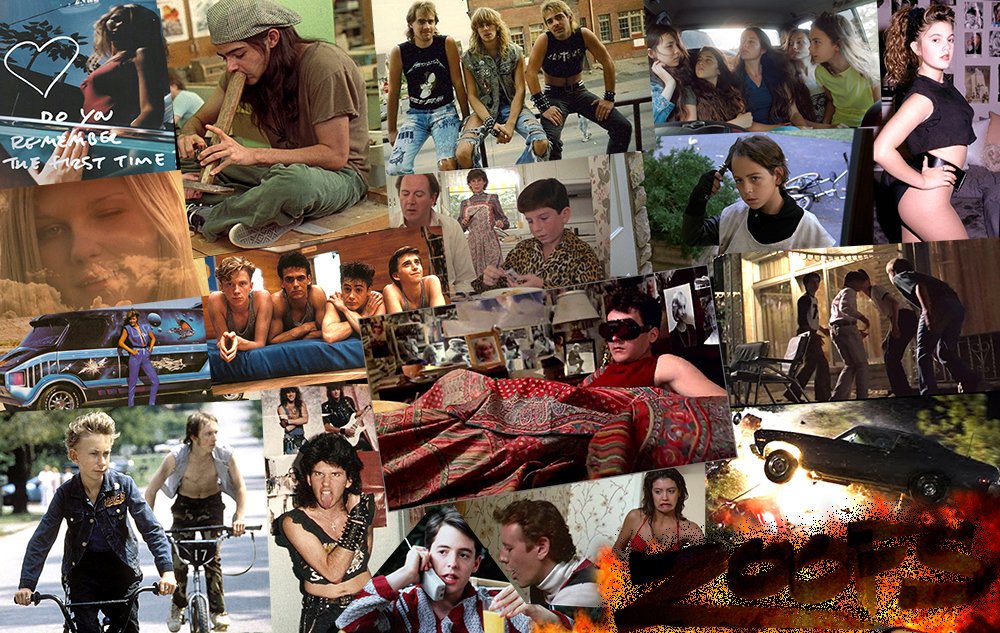 This 80's sexy coming of age comedy exists at the heart of awkward, cute KENNY DOWNEY. He seeks to find himself after being left back a year in high school, but is occupied by the odd characters in this story of bravery and family. Kenny's father died in a fiery car crash that Kenny believes he caused. Kenny's father haunts him hoping he will die as well, so they will be together again in the after life.

Kenny's batty mom RAINEY DOWNEY is struggling with a recent cancer diagnosis. She lost any tact she possesses and beat up the local bully Zoof, DUSTIN CASEY. Kenny is planing to get the money for his mom's cancer treatments. Even if it means breaking into Dustin's despicable father LESTER CASEY'S gas station.

Zoof hottie/thief JENNY BRUCE lost her chance at an ice skating scholarship because Lester Casey called the cops on her for stealing a scratch ticket. She also holds a few secrets of the ways he violated her. Dustin Casey, beats up Kenny for talking to Jenny Bruce. Dustin says, “F- This, I'm moving to Hollywood anyway!” Dustin's younger brother 6 OUNCE is the smartest Zoof of all and local special needs hero, WOLFIE, is beloved and constantly asking, “Gimme a quarter!!!” and “Where's the party!?”

CRACKHEAD'S house party hosts a heavy metal band, a Zoof fight, a Jock breaking his femur and a wedding proposal between giant Zoof, LARGE ONE and his tiny, sparky girlfriend BARBARA. Kenny finds himself high, in the back of Dustin's car, on fire, airborne about to crash into a brand new home. Kenny's father sits along side of Kenny and laughs hysterically.

Kenny and Jenny finally break into Casey's gas station resulting in the cops arriving and an explosion with Kenny still inside. BOOM!! Is he ok?? Kenny hid in the giant floor freezer when the cops showed up and was blown across the street in the explosion. The smoke from the fire creeps down the street up into the Unity Church steeple where Wolfie hides- counting his quarters. He begins to cough from the smoke and he barely makes it down to the fire truck, but it's too late.

After Large One and Barbara's wedding they all walk to Wolfie's funeral and honor him. Wolfie's mother MRS. WOLF has something to give her best friend, Rainey Downey. Mrs. Wolf leads her out of the church and down to her home and opens Wolfie's bedroom door. There are tens of thousands of quarters piled high like a shining silver city. Mrs. Wolf explains “Bobby's collection. I want you to have it, for your cancer.” They laugh and embrace.

Jenny and Kenny drive off in a cheap car after Kenny sold his dad's prize Chevelle to pay for his mom's cancer treatments. They see Dustin hitchhiking to Hollywood. He punches the car hurting his hand. They laugh hysterically. Jenny reaches in her jacket and pulls out an invitation. It's a try- out for a new national skating scholarship. She puts her head on Kenny's shoulder and lets her ponytail down. He puts his arm around her. The car speeds off into the northeast sunset.

==
ZOOFS: A coming of age story that is dripping in 80’s Boston love of family with a gritty "heavy metal" heart and a soundtrack to match..